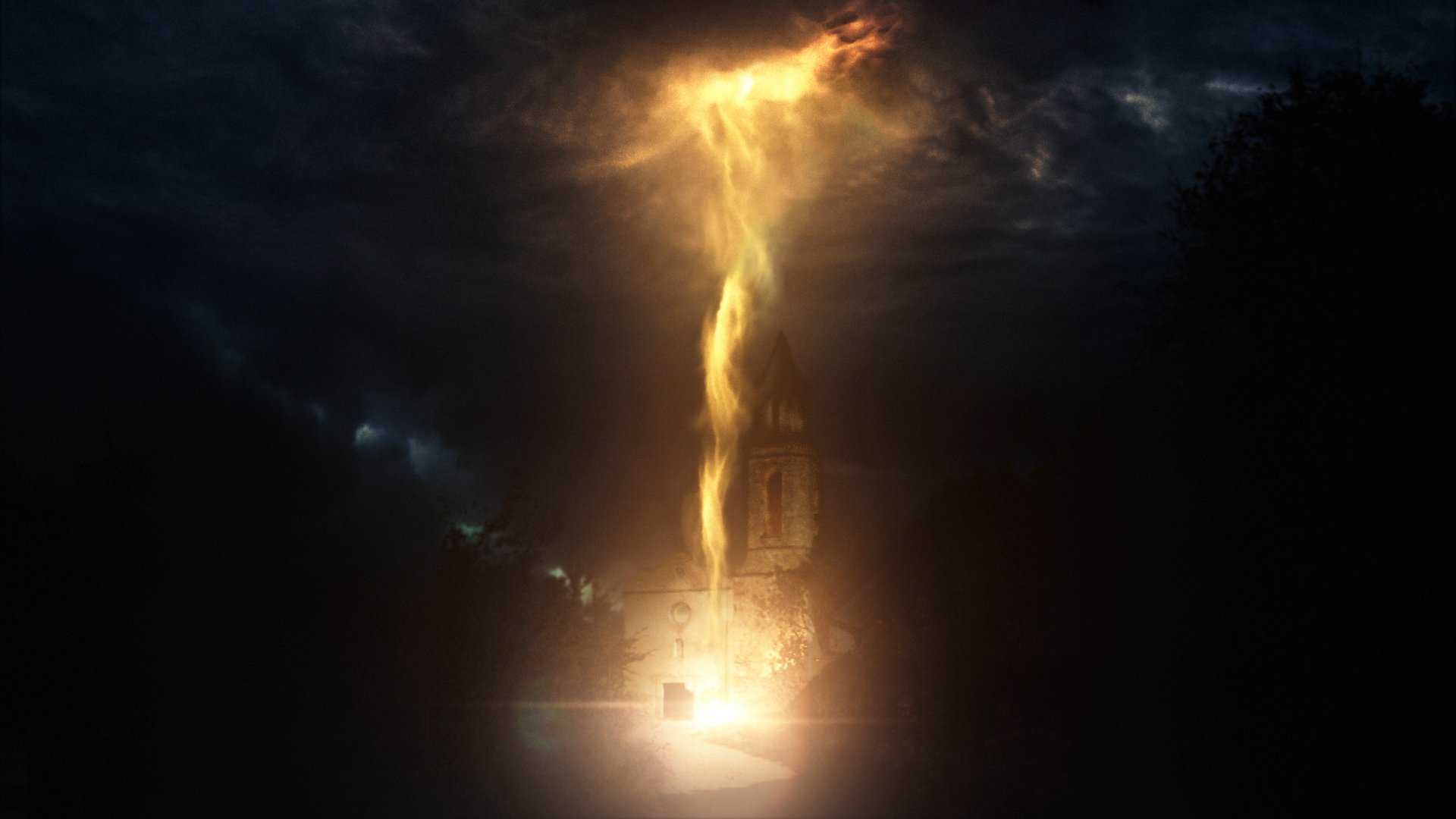 Magic and color “Into Darkness”

We’re in 1890.  Frederic is a young messenger who finds himself lost in the mountain, as the night falls and a mysterious shadow follows his steps. Running away from the woman in black, he encounters an abandoned village where an intriguing coven is taking place. Frederic will encounter himself with the catalan witchcraft of the nineteenth century.

This short directed by Joaquim Sicart and made possible with a very successful crowdfunding campaign has several moods during its more than 20 minutes of magic and color. Delivering high quality effects to a low budged movie was both a great challenge and a great responsibility and, for the first time in my life, I had the chance to face it as a VFX supervisor. 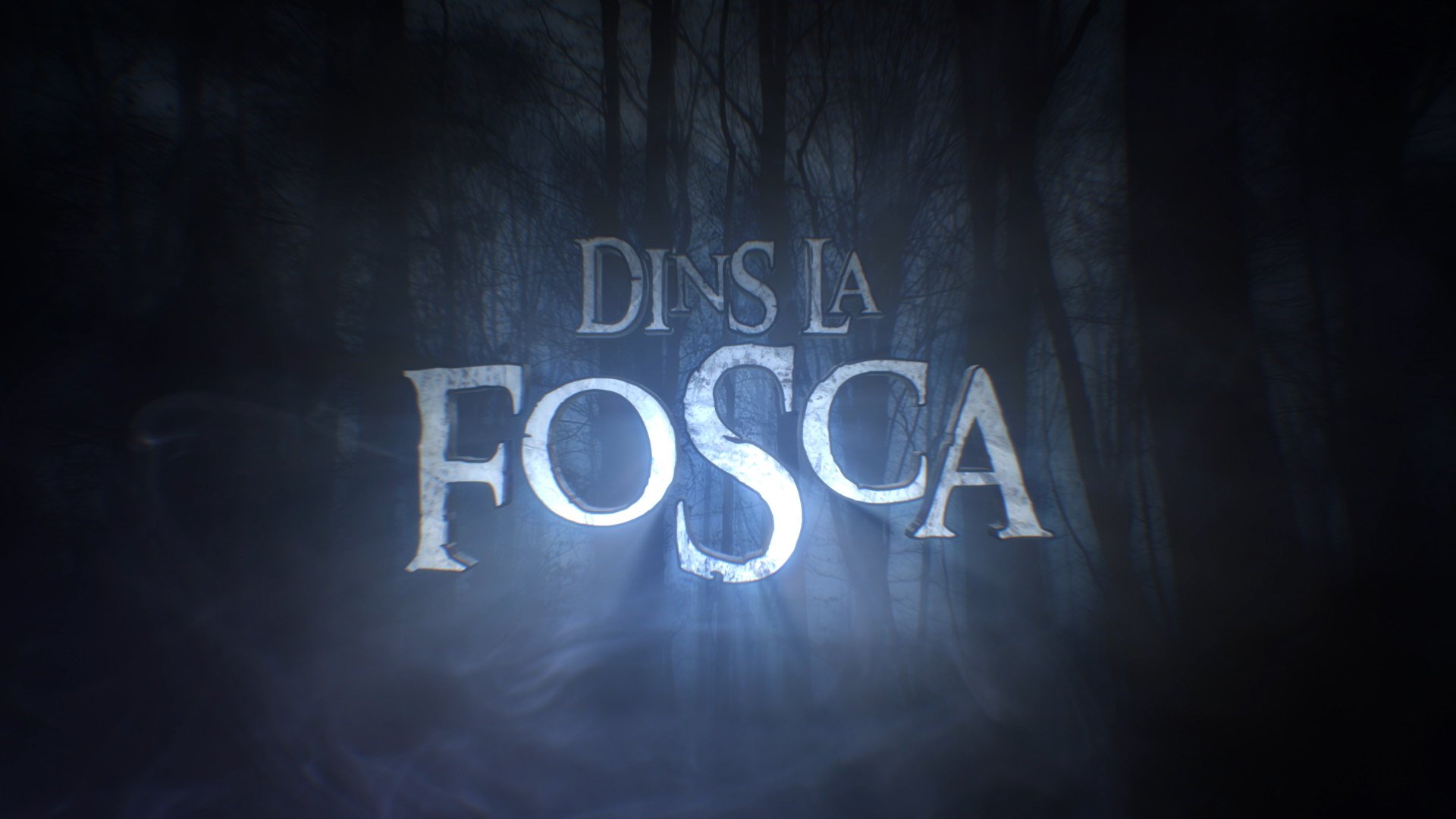 Into Darkness, but really, really darkness

Nothing gets a harder post-production than a tough pre-production. And if you need to film in the middle of the night on an abandoned village in the mountains without many resources, get ready for a hell of ghosts (and no, I am not only talking metaphorically). The first problem I encountered were many low light, highly compressed shots which really needed to be fixed. So, the beginning of the workflow was always cleaning the shots and trying to recover as much detail as possible from the sea of digital noise.

Music as a storyteller

One of the main pillars of the shot is the constant music as opposed to dialogue. An original soundtrack was composed by Tomàs Simón and recorded by l’Orquestra Simfònica de les Terres de l’Ebre. Music acts as a narrator, setting the mood of every scene and tying them into a single unit. It was expected that music could sometimes be as important as image. For that reason I had to make sure that we got every effect right, synchronizing every single bit with the soundtrack. It was important that sound and image told the exact same thing, and for some full CG shots, that was my responsibility. Sound effects really pushed the VFX to another level 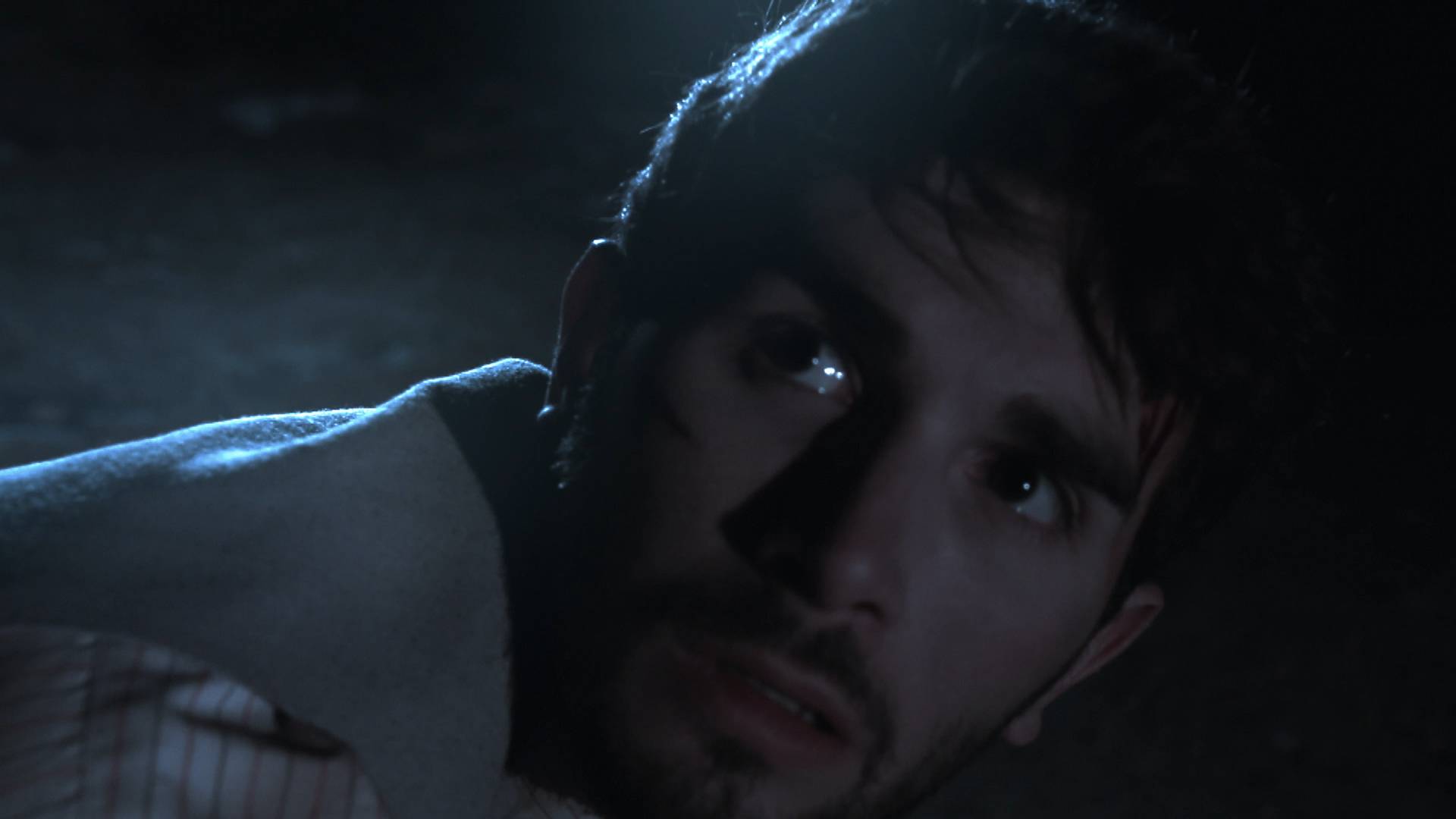 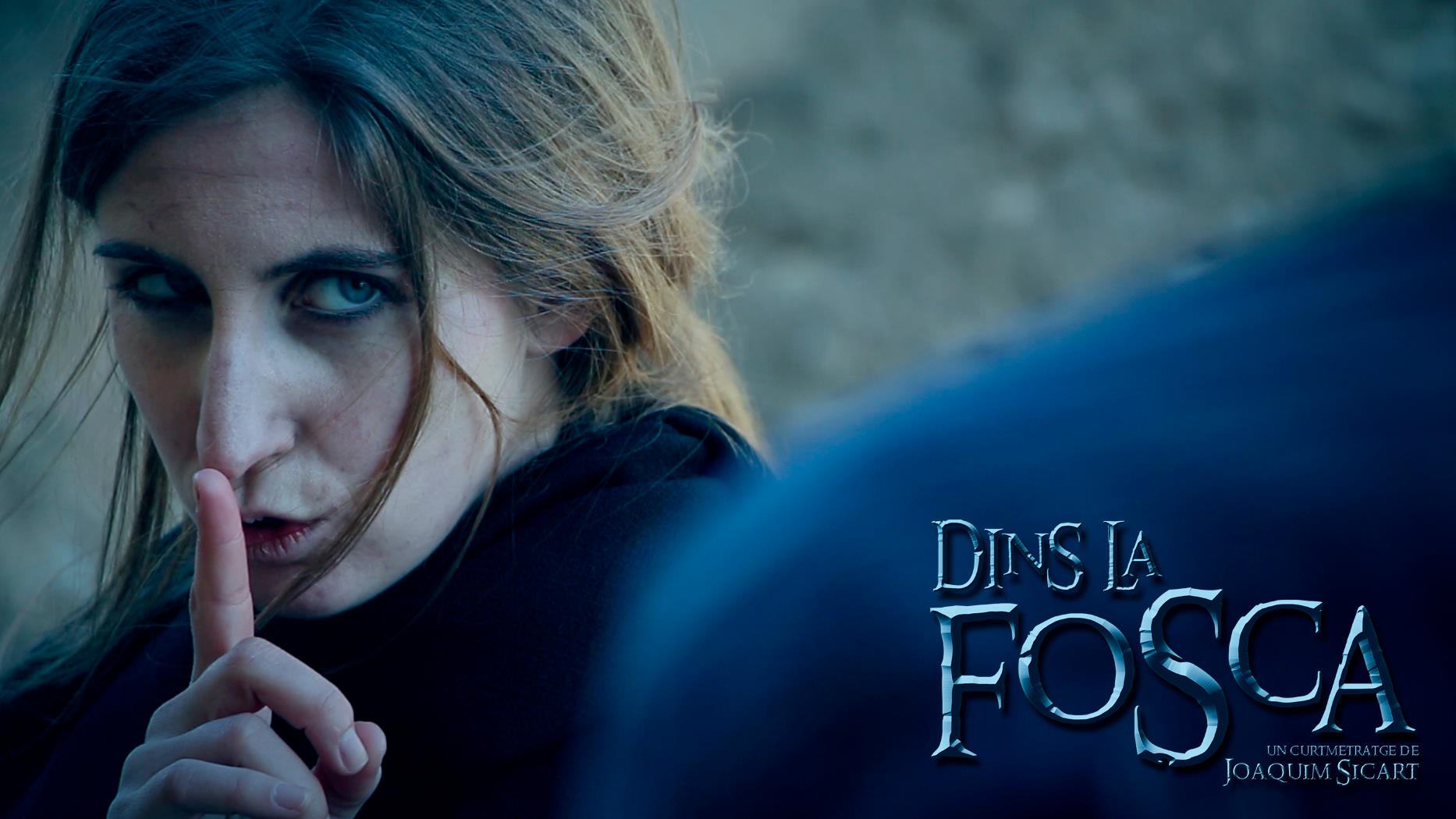 Light of a thousand colours

Even if the short is called “Into Darkness”, there is light, lots of light in it. We had very clear from the beginning that we wanted almost every colour possible to appear.  There are four main points on the movie were magic appears in some way. I wanted to differentiate them using different hues and intensities, giving each one a different color palette. Finding the right colour for the right moment was not always an easy task, but we ended with a mixture of bright yellows, greens, cyans and reds as opposed to the dark blue night. 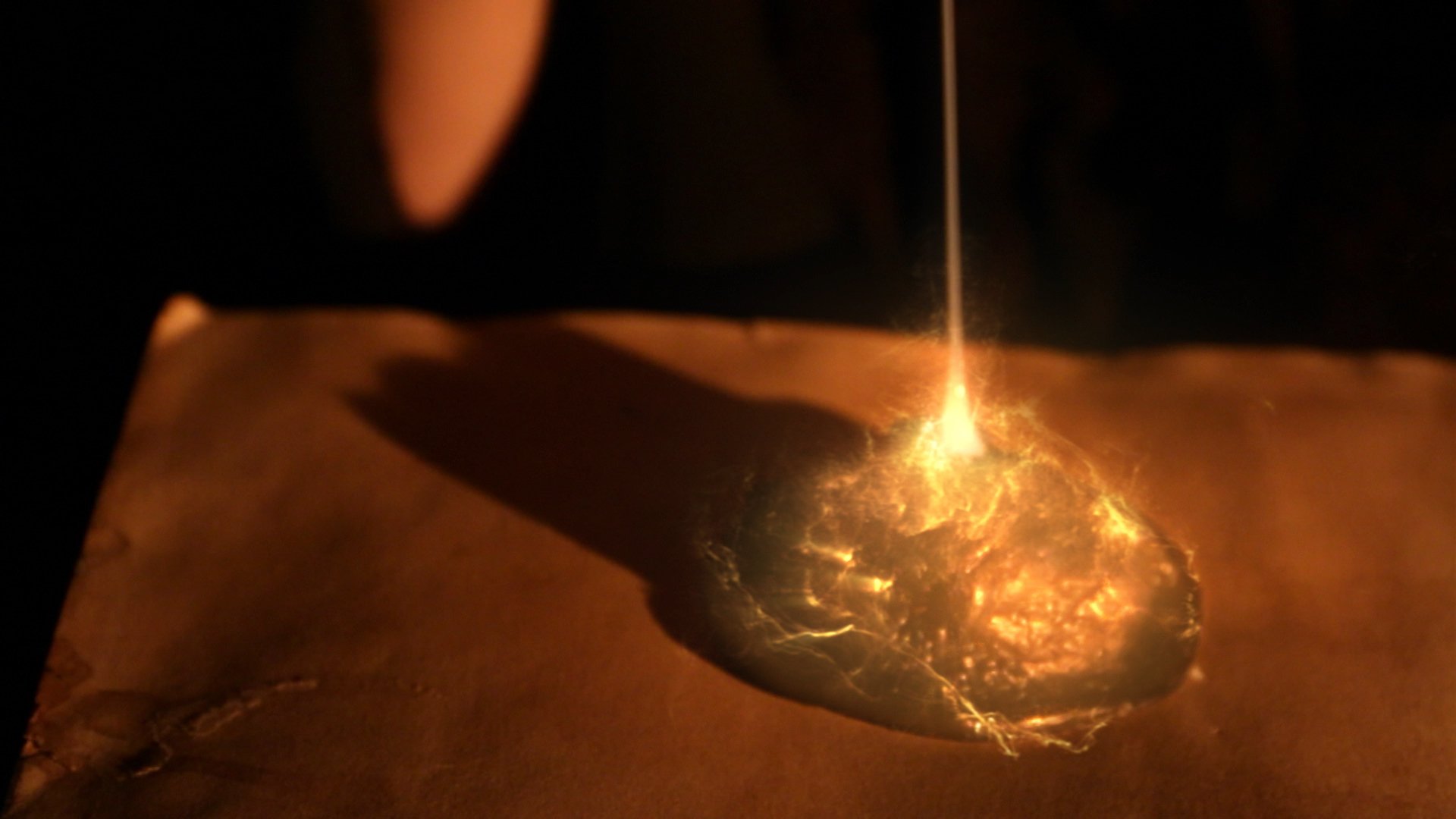 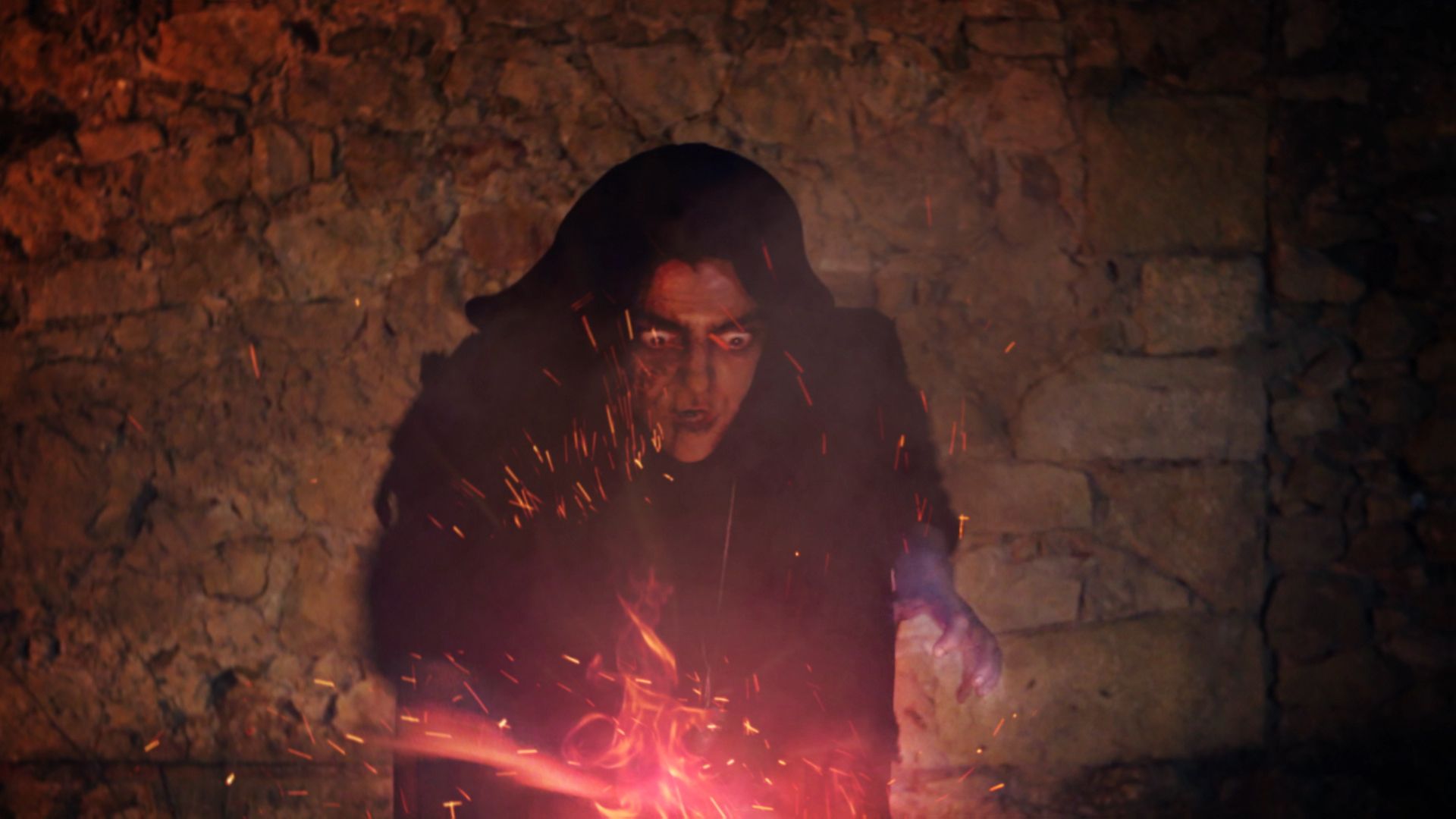 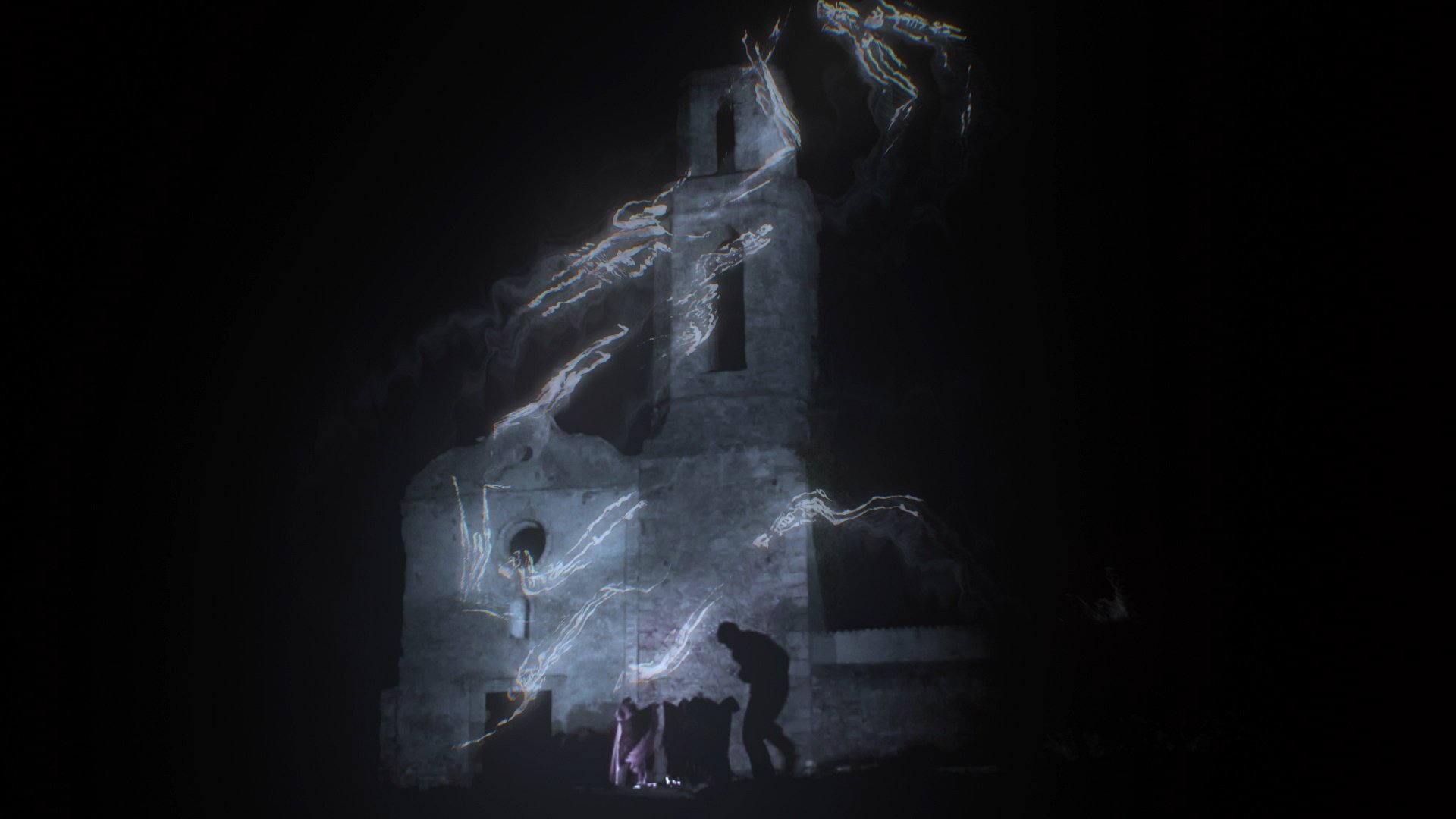 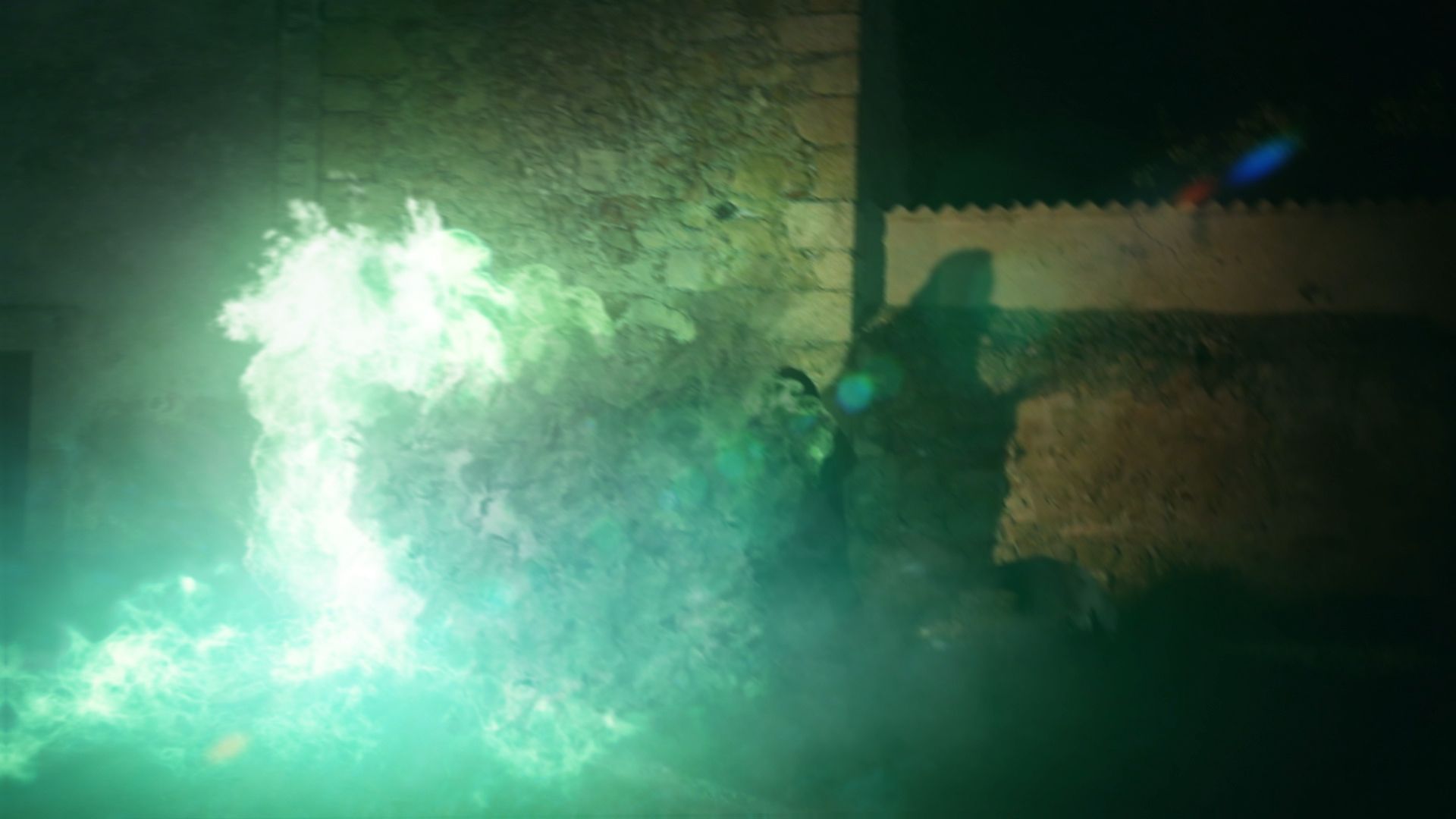 I can still remember my face when I was told that all the ghost and spirits which appear on the film would be done in 2D. How I was supposed to integrate such an unrealistic element into a live action short film? Animating the ghosts and compositing them was perhaps the greatest challenge of all. We took as reference the Fantasia (1941) Night on the Bald Mountain scene, were a river of spirits rises from the graveyards floating in the air. We wanted to achieve a similar feeling with the only difference that it had to be done with live action.

In order to do that, I added a soft VFX smoke trail using “fake” 2D fluid simulations. Also, all spirits interact with the illumination of the surrounding elements, such as walls, trees and characters. At the end, light showed to be the key of implementing so different elements. We only believe in those ghosts if we see them interact with their environment, and that also gives to those 2D characters a sense of tridimensionality in some way. 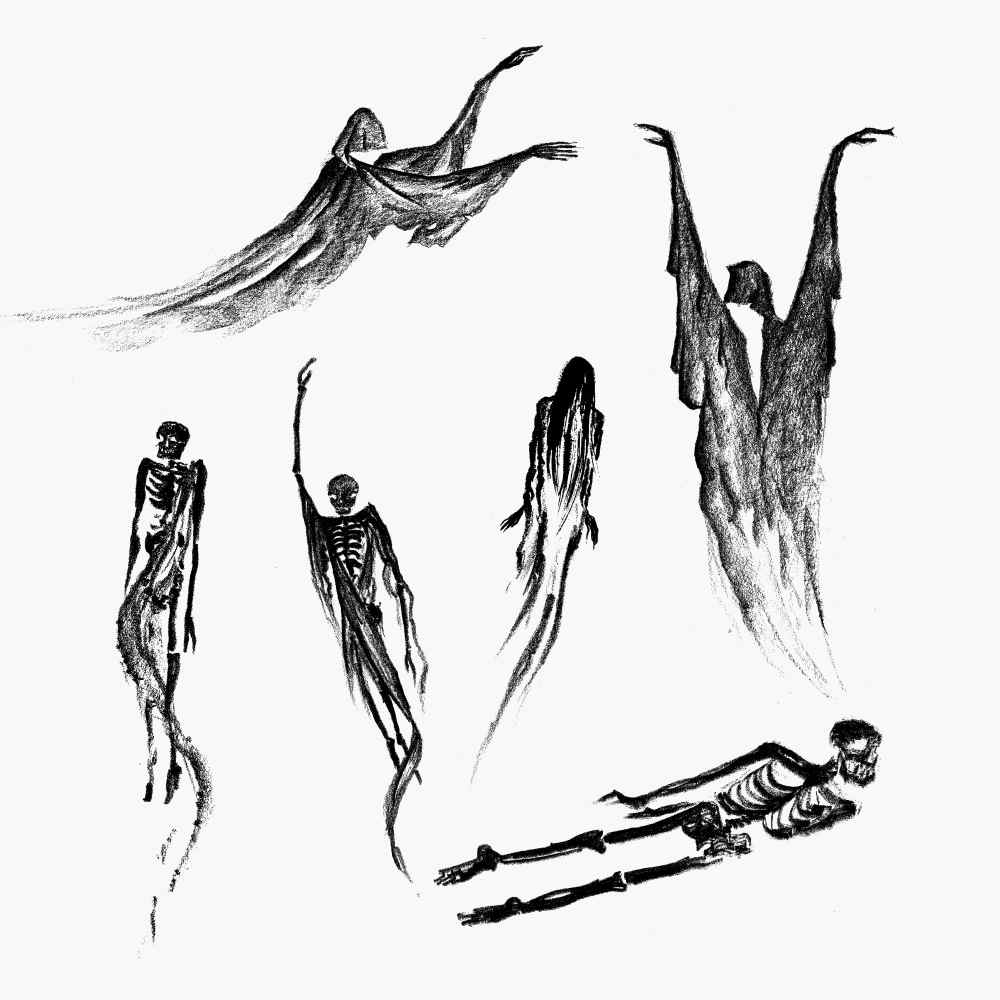 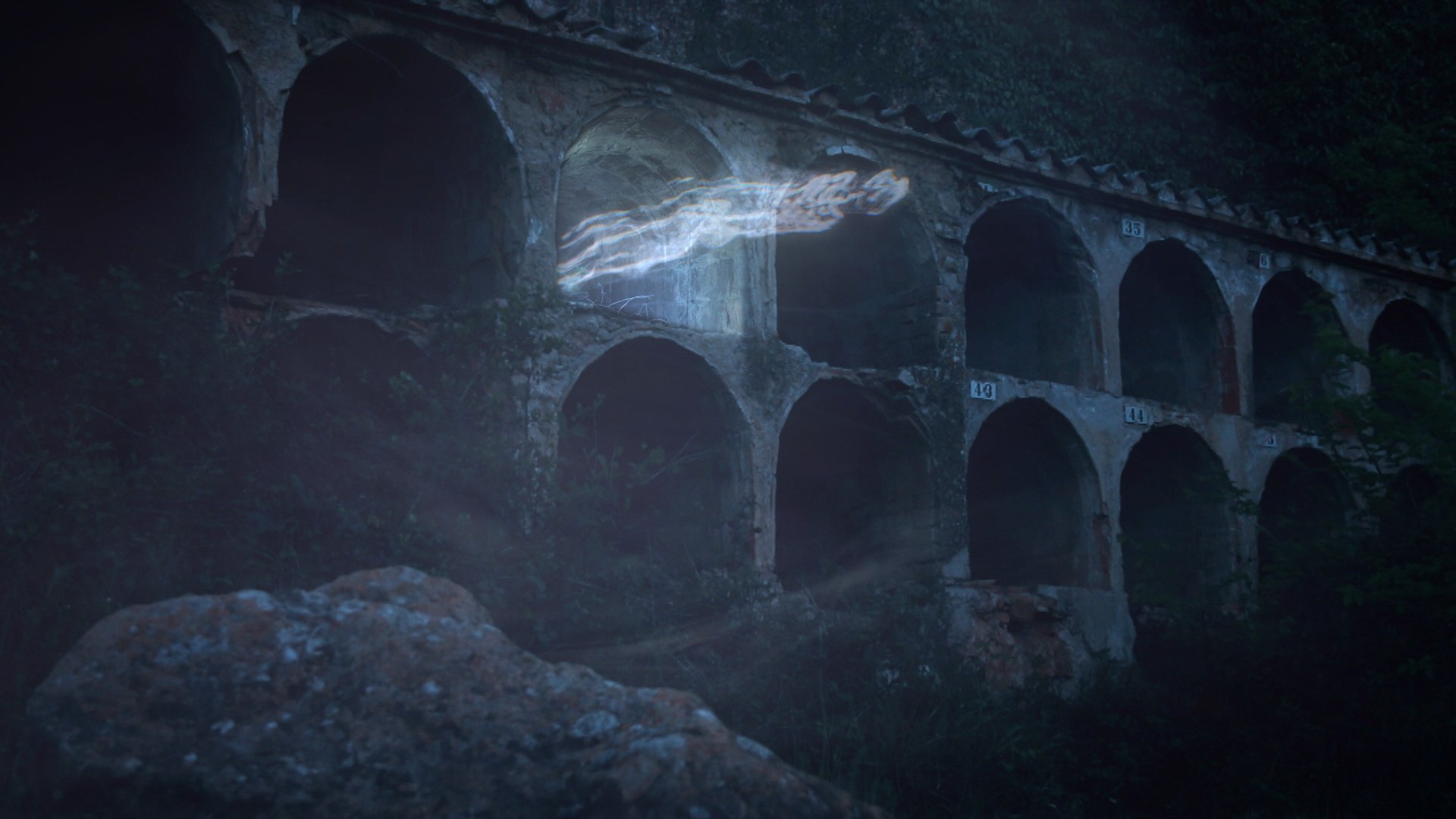 One of the first things I thought when I first read the script was that I wanted the witches to disintegrate in a cool fashion way. Specially for a close shot to one of the witches face. I wanted her skin to burn and her eyes to rotten distorting the hole face. The scene was already shot, so we did not have tracking points or any references of the actress. The shot had both movement and rotation around the actress face, so a simple morph would not have been a solution. We needed a fast, easy way to finish the VFX shot within a few hours, without running into a lot of trouble. And we already had a lot of work to do with the explosion effects, and many hours of simulation ahead, so time was running out.

So, what I did was modelling a low poly corpse head, with the basic texture I wanted to appear. Then I imported it to Element 3D on After Effects, and did all the matchmoving work right on the final comp. This allowed me a great flexibility that I would not have had directly in Maya, as I was able to work at the same time with the 3D, the color correction and the 2D morph between both faces. That allowed me a huge control over where and when would the burned skin texture appear, as well as how will that effect distort the witch’s face. Removing the render stage of the workflow allowed me to focus more on the subtle details of the animation rather than having to wait an hour for the render to finish. The overall effect looked both interesting and disgusting. Sorry for you, witch. 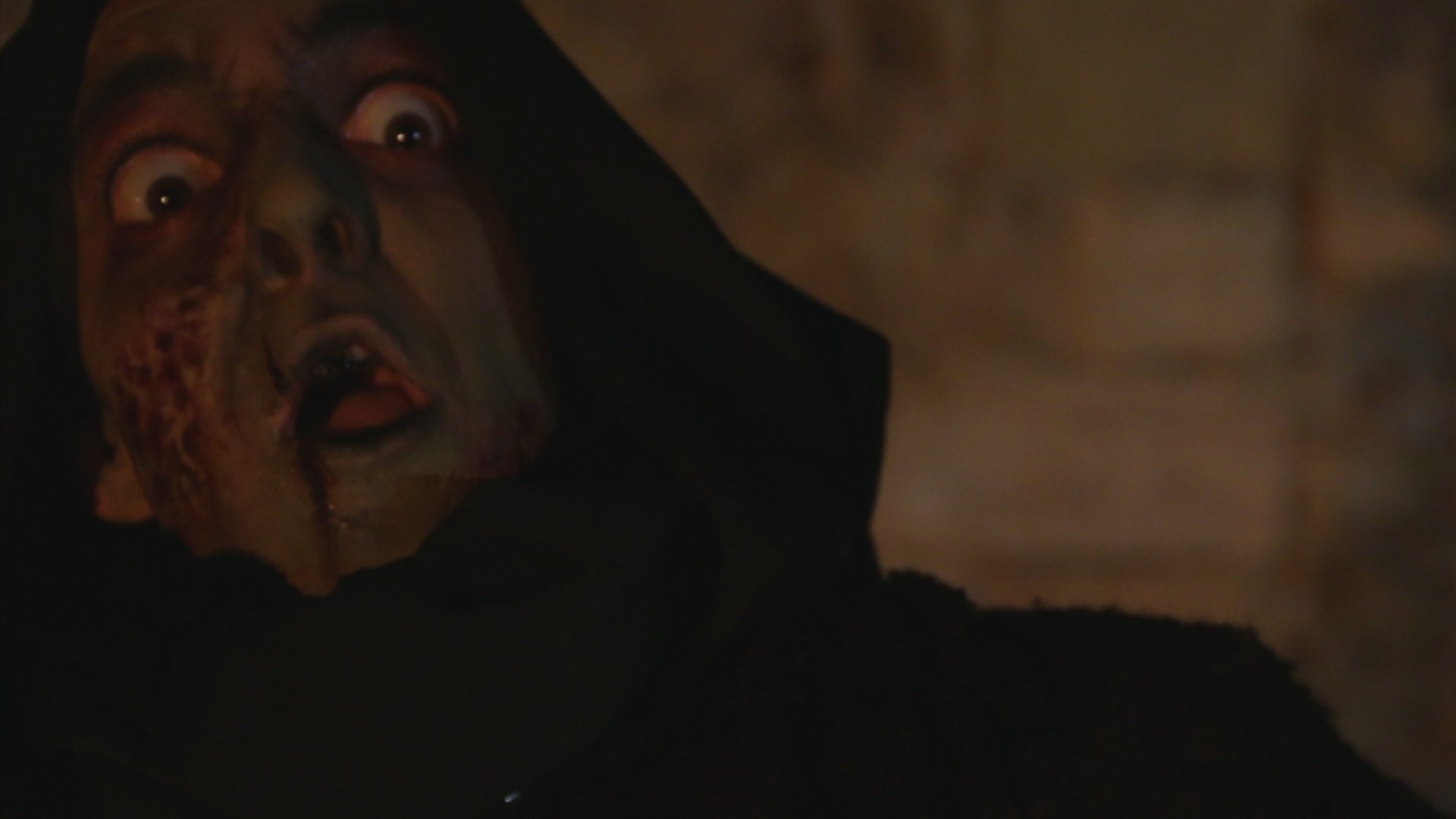 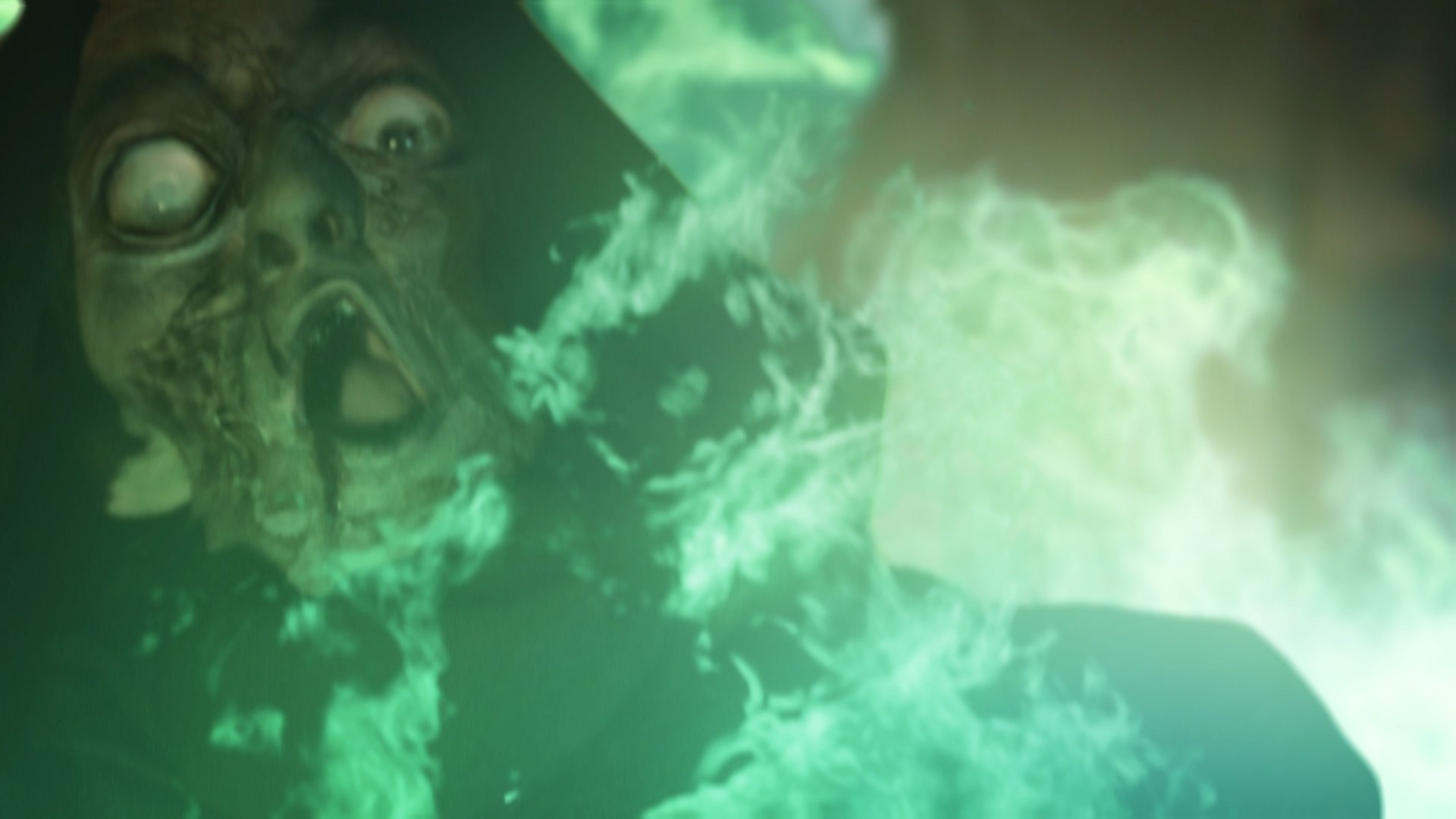 As I have said before, music was an important pillar intended to lead all the image. For one of the final spells, I wanted the firecamp to dance to the sound of music, while evil devils rose from its shadows. That meant that lots of R&D needed to be done. I also wanted to find a cool concept for the final explosion, based on the concepts of one of the VFX team member and very similar to the wildfire explosion we can see on Game of Thrones.

Using turbulence fields and playing with the vorticity I was able to create an stylized campfire, which gave both a fantastic and an unntural feeling to the shot. The reason to use simulated fire instead of stock footage was because of the control that you have over FumeFX and because of the intention of the hole scene: the fire is magic and it must look that way. for the green explosion I played with both real and simulated fire. Compositing both fires together really pushes the realism of the effect. 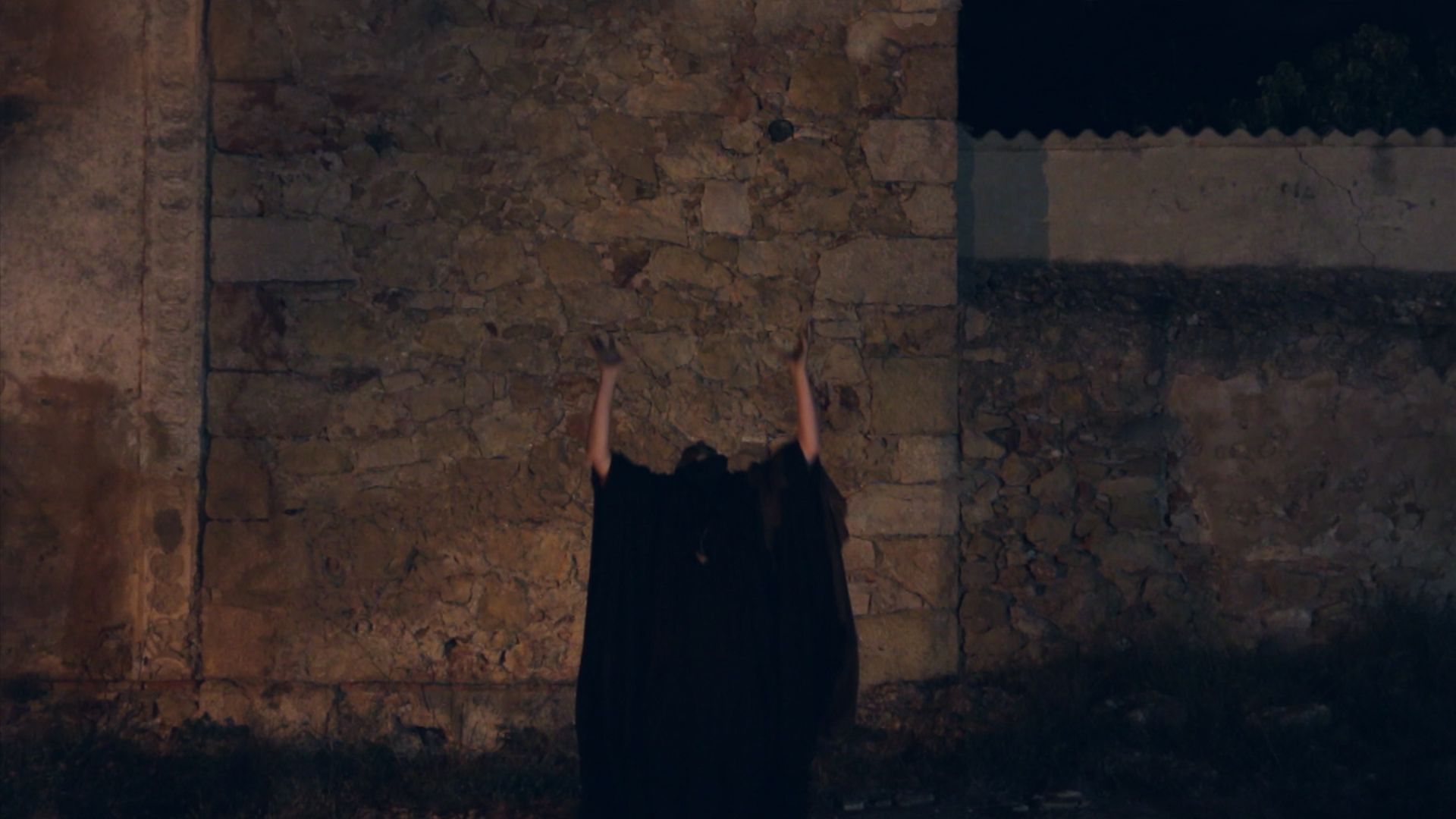 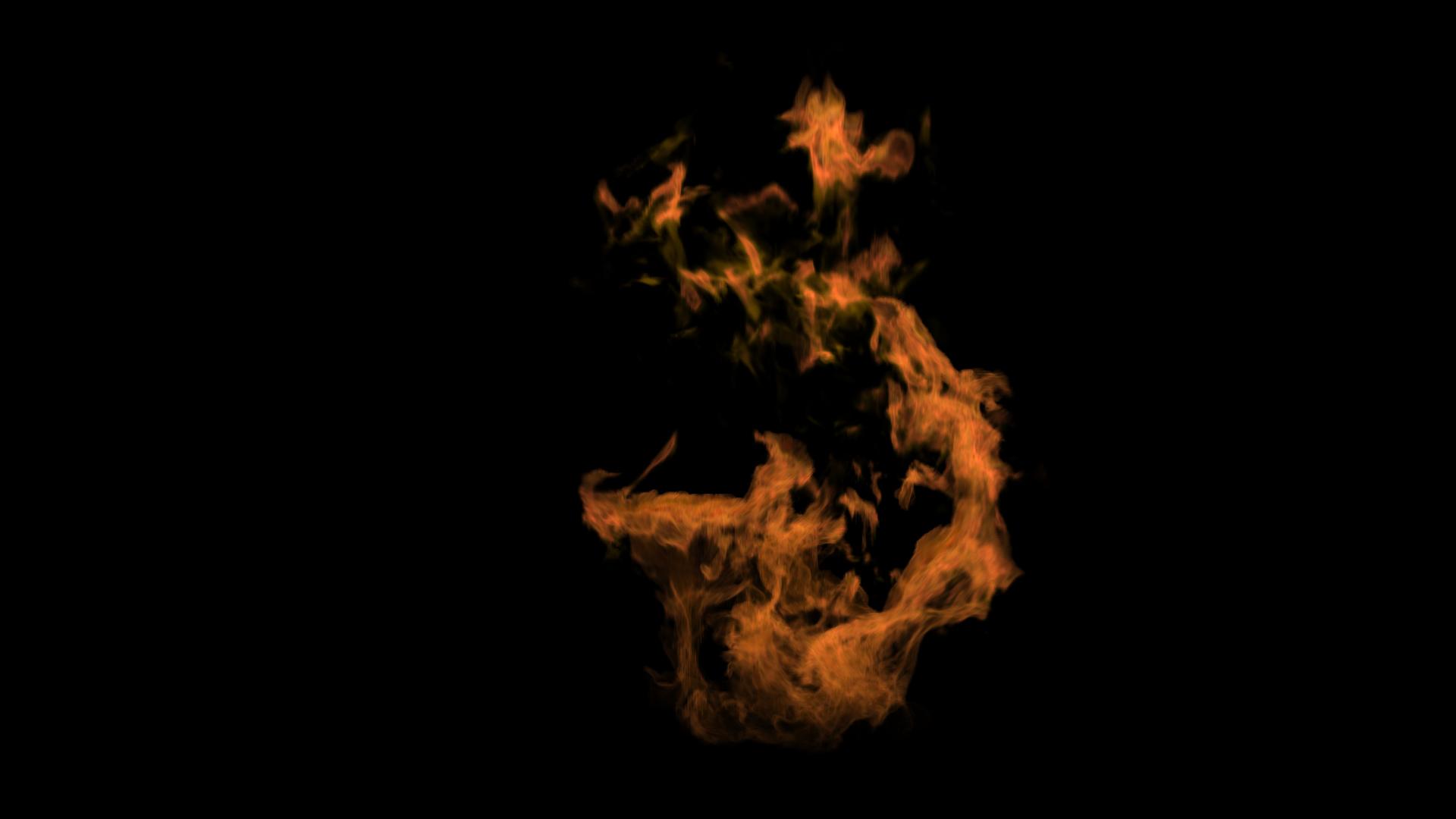 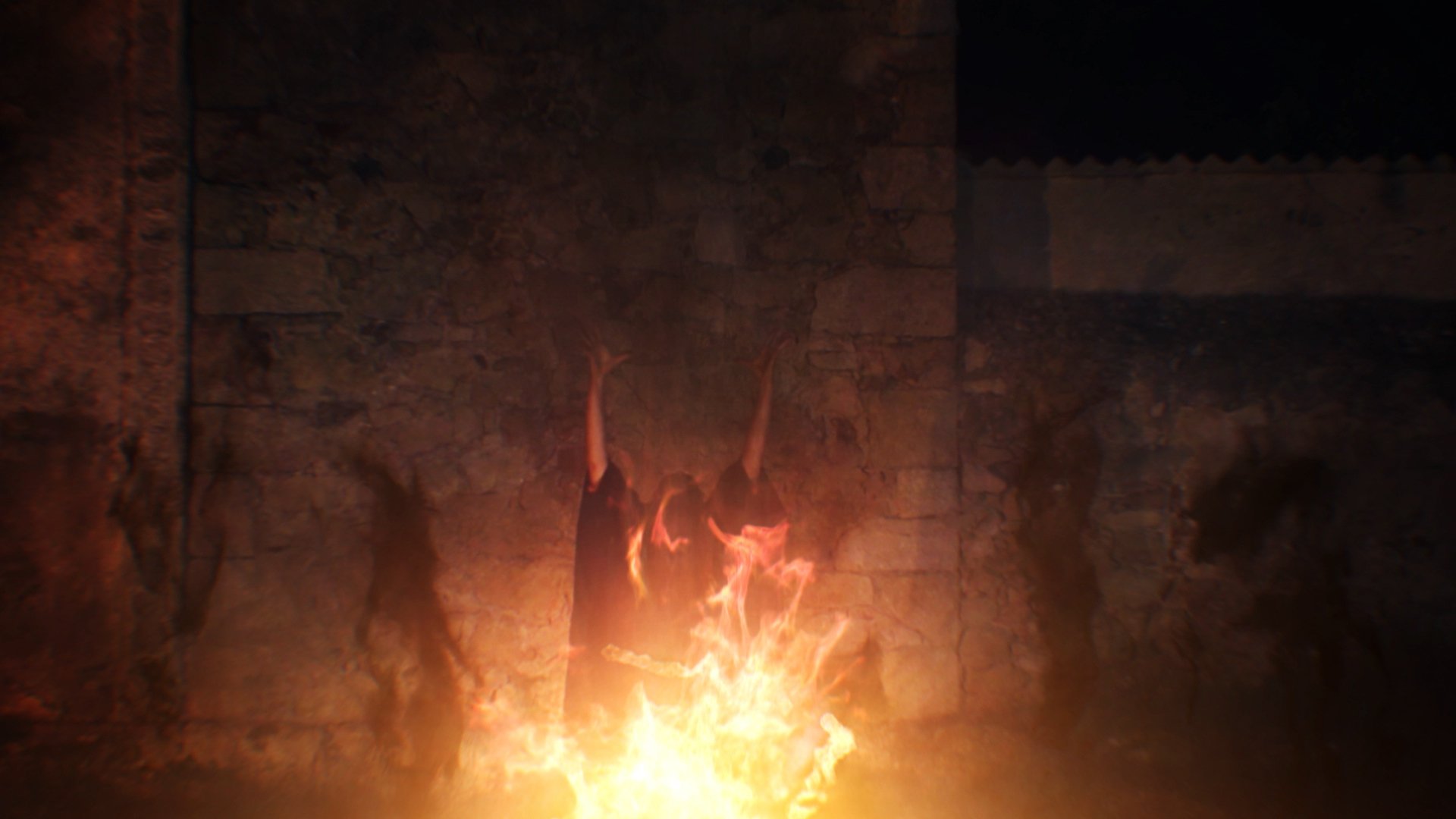